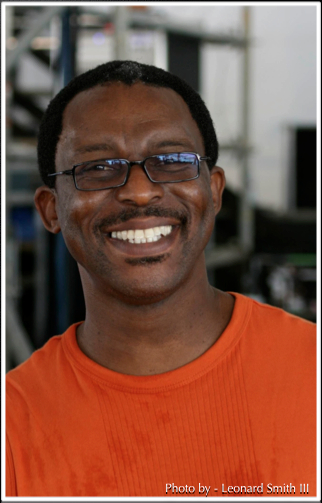 The Critics Speak:
Herlin Riley was born February 15, 1957, in New Orleans, Louisiana. Born into a musical family, Herlin was always surrounded by music. He began playing the drums at age three. He studied trumpet throughout high school and two years of college. His attraction to the trumpet was short-lived, however, and he concentrated his efforts on the drums.
Herlin was a member of Ahmad Jamal’s group from 1984 through 1987. He has recorded with Marcus Roberts, Dr. John, Harry Connick, Jr., George Benson, Benny Wallace, Mark Whitifield, among others. His theater experience includes playing in One Mo’ Time and Satchmo: America’s Musical Legend.

In the spring of 1988, he joined Wynton Marsalis’ touring and recording group, which he performed with through its disbanding in late 1994. He also performed on the first Lincoln Center Jazz Orchestra United States tour in the fall of 1992, performing the music of Duke Ellington. Herlin is a regularly featured musician at Jazz at the Lincoln Center. He has released two recordings as a leader, Cream of the Crescent and Watch What You’re Doing. Both of these albums feature fellow Lincoln Center Jazz Orchestra members.

"​This is an album on which funk and soul bend toward jazz, especially on a version of the traditional New Orleans strut “Tootie Ma Is a Big Fine Thing,” with Mr. Riley on vocals and tambourine. It’s also an album of big-brotherly purpose, stocked with sharp players mostly still in their 20s: the trumpeter Bruce Harris, the saxophonist Godwin Louis, the pianist Emmet Cohen and the bassist Russell Hall. (Mr. Martínez and the guitarist Mark Whitfield are guests.) What lifts “New Direction” above historical re-enactment is the vitality of the playing, across the board (but especially by Mr. Louis and Mr. Cohen). When everything clicks — as on “Hiccup Smooth,” which converges odd-metered funk and express-lane swing — the linkage between folkloric and modern dialects feels clear and compelling, with not a jot of doubt." - The New York Times

"New Orleanian Riley is one of today’s premier jazz drummers". - Jazzwise Magazine
​
"A master of color, nuance, and dynamics, Riley mines his drums and cymbals for every possible timbre, often making somewhat unconventional combinations seem perfectly natural". - All About Jazz

"Mr. Riley, who just turned 59, has been a shining exemplar of New Orleans rhythm — as a cultural study, a living language and a model of hybridity — since emerging on the national scene in the 1980s". - The New York Times
Proudly powered by Weebly