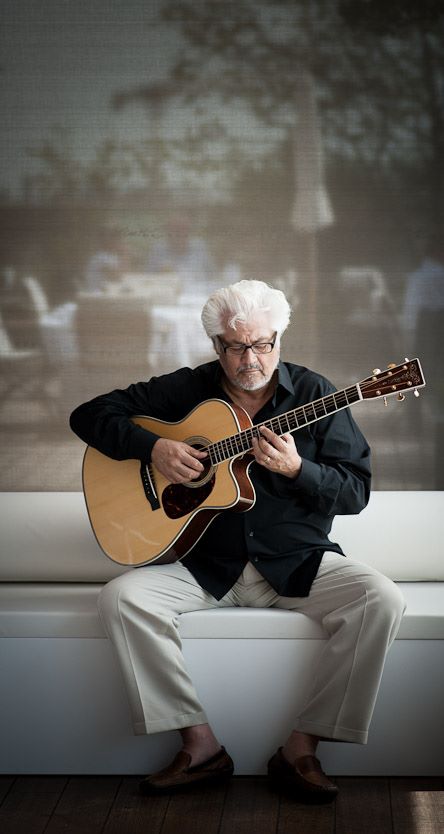 LARRY CORYELL is one of the world's acknowledged guitar masters. He has recorded more than 75 albums over the past 40 years as a bandleader, soloist and featured accompanist. Hailed by his legion of fans as one of "the guitar gods" in the late 1970s, and as a "truly Renaissance musician who excels at all styles of playing," he has also been christened as "a true pioneer of rock-jazz fusion" by the New York Times, and dubbed "the Godfather of Fusion" by Dan Ouellette of Down Beat Magazine.
​
The late ‘60s through early ‘70s saw Larry as one of the most in-demand guitarists in rock, jazz and other musical genres. During that time, Larry was part of rock's experimentation, touring with Jack Bruce, and was featured in sessions with Jimmy Webb, the 5th Dimension, Charles Mingus, Billy Cobham, Chick Corea and John McLaughlin. Through the albums produced during this period, Larry Coryell emerged as a profound music prophet who merged rock, jazz and eastern modes and scales, with free-form improvisation and impressive classical riffs.

In 1974, Larry formed the 11th House, the most popular and successful fusion band of its time, which included his friend and colleague Randy Brecker. After The 11th House disbanded, Larry was signed by Clive Davis for Arista Records, where he made a series of solo albums, followed by a direct-to-disc recording with the Brecker Brothers.

In 2017-18, Larry Coryell will be touring his New 11th House band in support of an upcoming recording on Savoy Records, scheduled for release in May 2017.

In addition to concerts, Larry Coryell is available for clinics and master classes.

"Whatever the reasons, the guitarist - who played for a huge crowd at the Showcase - turned in one of the most upbeat, uplifting sets he has given Chicago audiences in many years."
-Chicago Tribune

"Larry was among the inventors of jazz rock, from the very first wave, even before John McLaughlin.  He was the guy who was cutting edge, playing really great bebop but also rock and country and blues.  It wasn't even called fusion yet." . . .
- John Scofield