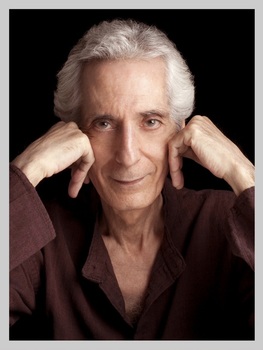 When the anesthesia wore off, Pat Martino looked up hazily at his parents and his doctors, and tried to piece together any memory of his life.

One of the greatest guitarists in jazz, Martino had suffered a severe brain aneurysm and underwent surgery after being told that his condition could be terminal. After his operations, he could remember almost nothing. He barely recognized his parents, and had no memory of his guitar or his career. He remembers feeling as if he had been "dropped cold, empty, neutral, cleansed ...naked."

In the following months, Martino made a remarkable recovery. Through intensive study of his own historic recordings, and with the help of computer technology, Pat managed to reverse his memory loss and return to form on his instrument. His past recordings eventually became "an old friend, a spiritual experience which remained beautiful and honest." This recovery fits in perfectly with Pat's illustrious personal history. Since playing his first notes while still in his pre-teenage years, Martino has been recognized as one of the most exciting and virtuosic guitarists in jazz. With a distinctive, fat sound and gut-wrenching performances, he represents the best not just in jazz, but in music. He embodies thoughtful energy and soul.

Born Pat Azzara in Philadelphia in 1944, Pat was first exposed to jazz through his father, Carmen "Mickey" Azzara, who sang in local clubs and briefly studied guitar with Eddie Lang. He took Pat to all the city's hot-spots to hear and meet Wes Montgomery and other musical giants. "I have always admired my father and have wanted to impress him. As a result, it forced me to get serious with my creative powers."

He began playing guitar when he was twelve years old, and left school in tenth grade to devote himself to music. During Visits to his music teacher Dennis Sandole, Pat often ran into another gifted student, John Coltrane, who would treat the youngster to hot chocolate as they talked about music.

Besides first-hand encounters with `Trane and Montgomery, whose album Grooveyard had "an enormous influence" on Martino, he also cites Johnny Smith, a Stan Getz associate, as an early inspiration. "He seemed to me, as a child, to understand everything about music," Pat recalls.

Martino became actively involved with the early rock scene in Philadelphia, alongside stars like Bobby Rydell, Frankie Avalon and Bobby Darin. His first road gig was with jazz organist Charles Earland, a high school friend. His reputation soon spread among other jazz players, and he was recruited by bandleader Lloyd Price to play hits such as Stagger Lee on-stage with musicians like Slide Hampton and Red Holloway.

Martino moved to Harlem to immerse himself in the "soul jazz" played by Willis “Gatortail” Jackson and others. He previously had "heard all of the so called “white” jazz. “I’d never heard that part of our culture," he remembers, until the Montgomery Brothers. The organ trio concept had a profound influence on Martino's rhythmic and harmonic approach, and he remained in that idiom as a sideman, gigging with Jack McDuff and Don Patterson. An icon before his eighteenth birthday, Pat was signed as a leader for Prestige Records when he was twenty. His seminal albums from this period include classics like Strings!, Desperado, El Hombre and Baiyina (The Clear Evidence), one of jazz's first successful ventures into psychedelia.

In 1976, while performing internationally with his fusion group “Joyous Lake” Martino began experiencing seizures, which were eventually diagnosed as AVM, a condition he was born with. After surgery and recovery, he resumed his career when he appeared in 1987 in New York, a gig that was released on a CD with an appropriate name, The Return. He then took another hiatus when both of his parents became ill, and he didn't record again until 1994, (after their death) when he recorded Interchange and then The Maker.

Today, Martino lives in Philadelphia again and continues to grow as a musician. As the New York Times noted, "Mr. Martino is back and he is plotting new musical directions, adding more layers to his myth." His experiments with guitar synthesizers, (begun during his rehabilitation) are taking him in the direction of orchestral arrangements and they promise groundbreaking possibilities. Musicians flock to his door for lessons, and he offers not only the benefits of his musical knowledge, but also the philosophical insights of a man who has faced and overcome enormous obstacles. "The guitar is of no great importance to me," he muses. "The people it brings to me are what matter. They are what I'm extremely grateful for, because they are alive. The guitar is just an apparatus."