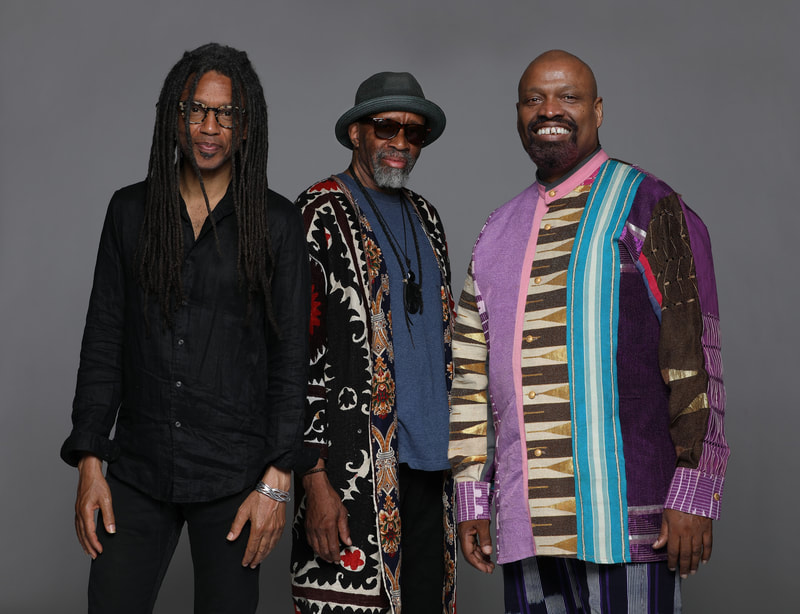 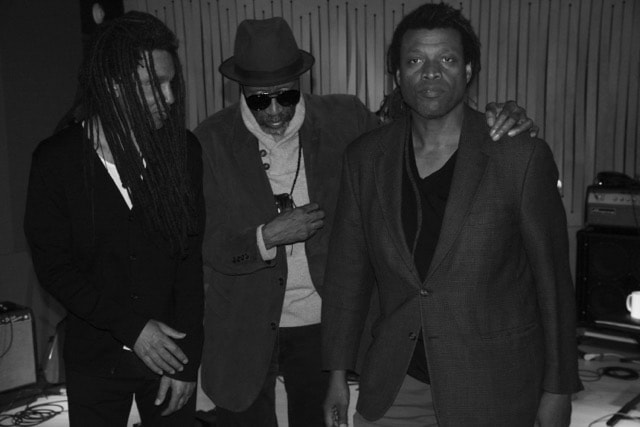 ​The music group, "Harriet Tubman" formed in 1998 when drummer J.T. Lewis, guitarist Brandon Ross and bassist Melvin Gibbs came together to start a band with meaning. Named after the heroic African-American slave who risked her life to escape from slavery and help more than 300 others to do the same, Harriet Tubman is deeply inspired by the ideals of freedom. The trio’s music -- a fusion of soul, rock, jazz, and blues -- examines the depths of these genres for their own unique liberated musical expression. The band counts Jimi Hendrix, Ornette Coleman, and Parliment-Funkadelic as contributors to its musical DNA. Guitarist and singer Brandon Ross, bassist Melvin Gibbs, and Drummer JT Lewis have collaborated with artists as diverse as Cassandra Wilson, Living Colour, Lou Reed, Herbie Hancock, Henry Threadgill, Sting, Arrested Development, the Rollins Band, David Murray and Meshell Ndegeocello. Their own sound is pure and liberated musical expression—a deep and soulful meditation on the concept of freedom.

Integrating sampling and other digital methods into a compelling genre-defying sound, Harriet Tubman embraces the pioneering spirit of jazz.  Re-contextualizing musical technology to create innovative compositions is an important part of the African-American tradition, and the trio sees Harriet Tubman as its contribution to that tradition.  In essence, "Harriet Tubman" makes music that is a fusion of soul, rock, jazz, blues, and avant-garde.

The band notes, “We feel that our choice to perform Open Music has a value and relevance that connects with a re-awakening, a new search for revived meaning that we see and experience wherever and whenever we perform. Our music does not dictate through genre, or demographic, how one ‘should’ relate to it.” Not just musical philosophers, Lewis, Ross, and Gibbs are hugely talented musicians.

The bands outstanding 2017 release Araminta (Sunnyside), was one of the most celebrated recordings of that year. Their new recording The Terror End of Beauty on Sunnyside and Early Future Records (vinyl only), has already been met with wide critical praise from Rolling Stone Magazine, The Wire (UK), and Downbeat Magazine.

Their performance at the Earshot Jazz Festival, was cited as the Number 1 best live concert in 2018 by NPR jazz critic Nate Chinen.

“The seismically intense New York-based trio Harriet Tubman has been relying on a combination of skill and instinct since its founding 20 years ago. And the approach has come to fruition on The Terror End Of Beauty, the troupe’s latest release on Sunnyside.”  - Downbeat

"This is black music at its best”. - NPR

"As free as their iconic abolitionist namesake, Harriet Tubman is an irresistible force of truth, beauty, and electric improvisation". - Village Voice

“The Terror End Of Beauty emerges as a sizzling hot snapshot of a band as danceable as they are deranged, as physical as they are cerebral, as fired by the past as they are committed to finding a future.”  – The Wire