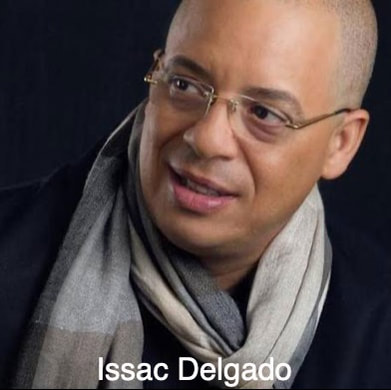 ​Issac Delgado is an award-winning composer, vocalist, and performer who has played an essential role in the evolution of Cuban music as it is known today. Born in Havana in 1962, he helped to further both the salsa and timba genres, starting his career as a group member of several prominent Cuban bands. He went on to establish himself as a solo artist and leader of a number of talented musical groups throughout his career, all laced with his unique creative sensibility. Having recently returned to Cuba after ten years abroad, Issac is poised to launch a new offering in 2019 with his latest release Lluvia Y Fuego, the highly anticipated 17th album of the treasured “El Chevere De La Salsa”, to be released through Tropix Music.

Having studied music off and on throughout his childhood, Issac’s musical career started at 18, when he became a member of the Orquesta de Pacho Alonso. He traveled internationally and recorded with the group, later also performing as vocalist for the group Galaxia, and then became lead vocalist for NG LA Banda, the group with which he would find fame and work to establish timba as the first new popular Cuban music genre in decades. He then started to put together his own bands and release records, which immediately garnered positive attention from EGREM, the national record label of Cuba, in the form of multiple awards. Issac and his bands became known for their unique melodies and creative improvisational skills; their talent won them a place on stage and in recording studios alongside musical greats such as Celia Cruz, La India, El Canario, and Grupo Niche.

Aside from being a musician, Issac has also become known as “padrino” in Cuba and internationally, acting as a valuable mentor and benefactor to up-and-coming artists. He continues to perform regularly, while preparing for the May launch of Lluvia Y Fuego. The album, which touches on the themes of transformation and renewal associated with those elements, is highly anticipated by his fans across the world, who are all waiting to see inside the mind of el que siempre soñó. 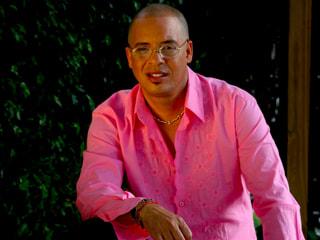 “Lluvia y Fuego is Issac Delgado in the purest form. But, I would add, it embodies his best self, incarnate. The Project brings with it the most emblamatic of his qualities: good taste. And today, if this was the only factor, that is saying a lot. “ - Leonardo Padura, celebrated author of “Four Season in Havana” (Netflix), Havana Fever (Tusquets)

“The Cuban singer Issac Delgado played a handful of shows in New York (and) his band was magnificent. A sonero — an improvising singer — he was one of the significant stars of timba, Cuban salsa with harder-hitting rhythm sections. You could stand agog at how complex the operation was, the interlocking patterns in clave rhythm that all seemed irregular, with Mr. Delgado’s midrange voice balanced on top of the music, commanding and swinging.” – Ben Ratliff, New York Times

Sound system
32 channel mixing board with 14 movable on stage monitors.