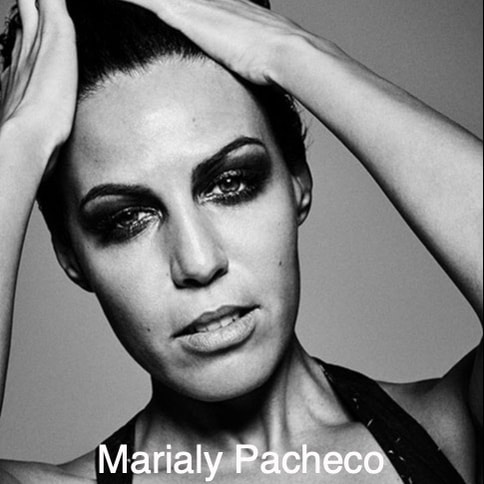 The biggest appreciation so far of Marialy Pacheco’s qualities has been the winning of the Montreux Solo Piano Competition 2012. She is the first woman to win this prize in 15 years history of the competition. In the explanation of the decision Jury president Leszek Mozdzer said: “Deciding between the three contenders was tough. In the end, the contestants’ joy in performing and her authenticity guided our decision making.”

Born in Havana 1983, Marialy Pacheco was raised in a musical family and began piano studies from an early age at the Conservatorio Alejandro García Caturla. At 15 she attended the Escuela Nacional de Artes, followed by three years of composition studies under Tulio Peramo at the Instituto Superior de Artes in Havana.

In 2002 she won the Cuban competition Jo-Jazz, with Grammy award-winner Chucho Valdes presiding over the jury. Two years later she recorded her first album “Bendiciones”. The pianist moved to Germany, toured through Europe – both solo and with her trio – and built international reputation.

On the occasion of the 185-year-old jubilee of Bösendorfer, Marialy Pacheco guested in 2013 as the only Jazz-Act, beside classical stars like Valentina Lisitsa and Maria Mazo in the Musikverein Wien. In 2014, Marialy was announced as first female jazz pianist worldwide to be an official „Bösendorfer Artist“.

In spring 2014, her new album "Introducing" (Neuklang/Edel:Kultur) was released. After several solo albums, it is a trio album, with Juan Camilo Villa Robles on bass and Miguel Altamar de la Torre (both from colombia) on drums. As "special guests" she got the honor to get german trumpet player and Echo Jazz Winner Joo Kraus, even moroccan Rhani Krija, the Percussionist of STING.

In August 2014, she gave her debut as classical pianist and showed her musical variety, when she performed Bach’s g-moll concerto with the Queensland Symphony Orchestra in Brisbane/Australia, conducted by Gustavo Gimeno.

In June 2016, she presented the project “Danzon Cubano” together with WDR Funkhaus Orchestra, even presented on Live-Stream at ARTE TV concerts. The project was represented in September at the Beethovenfest in Bonn.

In April 2017 Marialy will release the new album "DUETS" – quite an intimate and many-faceted album to which Marialy has invited her favourite musicians and friends like Hamilton de Holanda, Omar Sosa, Joo Kraus, Rhani Krija, Miguel Zenon and Max Mutzke.

Marialy Pacheco is the only female pianist in the currently row of famous Cuban jazz piano players like Roberto Fonseca, Omar Sosa or Gonzalo Rubalcaba. 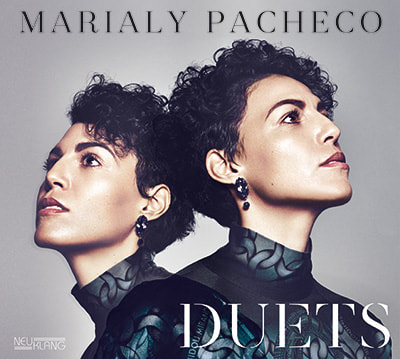 “Marialy Pacheco plays like no other. Her own compositions are breathtaking, she can twist old Standards in a new way and the classical world is also familiar to her. Great art, unique style and a magical performance - overpowering piano sound, perfectly produced on a Bösendorfer Imperial” - Hifi-Stars Magazine – (03/16 – Janis Obodda) -

“Surely one of the finest piano works I have ever heard. With Marialy Pacheco the dream of every piano music lover comes true”! - LP-Magazin für analoge Hifi - und Vinyl Kultur - (02/2016 – Ralf Henke) -