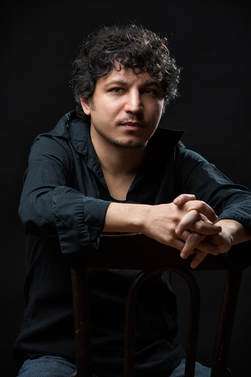 Elegantly blending his classical knowledge, Azerbaijan’s traditional folk “Mugham” and his jazz influences, Shahin created his own unique and accomplished musical universe, among which he combines eastern and western cultures. A gentle wave of exotic melodies, powerful and sharp harmonies, capricious eastern rhythms struck by an American Jazz lightning, majestic and vigorous.With a solo project, a trio with Ari Hoenig and Nathan Peck, Shahin is today an icon for Azerbaijan Jazz and has received enthusiastic comments from worldwide critics and audiences.
​

What The Critics are saying: